In the morning, the monastery was still closed, and attempts to find the man with the keys were unsuccessful. Monks appear here, it turns out, not very often, preferring to spend most of their time in the Kathmandu valley or in India.

I drew attention to the fact that in the villages in Dolpo there are much fewer children in comparison with Humla. It was simple to open the casket: most of the local residents are well-to-do people and usually have another house in the Kathmandu valley. In Dolpo, they live only in the summer, doing mainly agriculture, which brings them a good income (although it seems to me that even here it was not without subsidies). Accordingly, all children are in Kathmandu and other cities, where it is easier to provide them with a normal education.

After consulting with the guide, I decided to change the route somewhat: instead of going to Saldang and from there to the Yan'er monastery, I decided to go straight to Shey. Yan'er Monastery is one of the oldest monasteries in the area. But there is no one there and most likely it is locked. And the second attraction of this place - the cave where various gurus meditated - was also inaccessible. A year ago, a lama closed in it for a deep retreat. And in Shea there is a large monastery, which is probably open and in which there are monks. In addition, due to the change in the route, there is time to visit the Crystal Mountain, and maybe for the crust around it.

The day turned out to be the same as the previous ones. Quickly gaining a kilometer of altitude, we went on along a good, well-trodden path at an altitude of 4500 - 4900 meters. It seems that I have already begun to get used to such an altitude - it's hard to go only on steep climbs, in other modes there is enough oxygen.

From the newly encountered living creatures: I saw something like a hamster (jumped out onto the trail and with fright did not know which way to run) and someone similar to a weasel (but red). I didn't have time to take a picture. The slopes are full of burrows, but their inhabitants are not visible.

We began to meet the shepherds with herds of jops, goats and sheep. Activity in this regard in Dolpo is clearly higher than in Mugu and Humle.

We came to Shey at 17:00 pretty tired. Shey, as it turned out, is not a village. This is, in fact, a monastery and a bunch of temporary shepherds' buildings. We entered the monastery successfully: exactly at the beginning of the big service, which was led by an important lama. The same service that I have long wanted to see - with dances of monks dressed in special clothes and masks. Almost all the inhabitants of the Shea take part in the service, and all this action is accompanied by an abundant use of local weak alcohol. Some of those present are dressed in traditional Tibetan forelocks.

The monastery is ancient, not very large, the paintings are well preserved. It seemed unusual that inside there is no one main statue, but there are many statues of equal size of various Buddhist saints.

In the evening we got some fresh yoghurt from the shepherds. Tastes very good.

There were no tourists here for a very long time, so the local residents began to use the camping as a warehouse. I had to put up a tent in the same place as all the tents of the shepherds. The place is very cold and uncomfortable. Plus, they also have a habit of locking the toilet. What are they hiding there and from whom is a mystery to me. 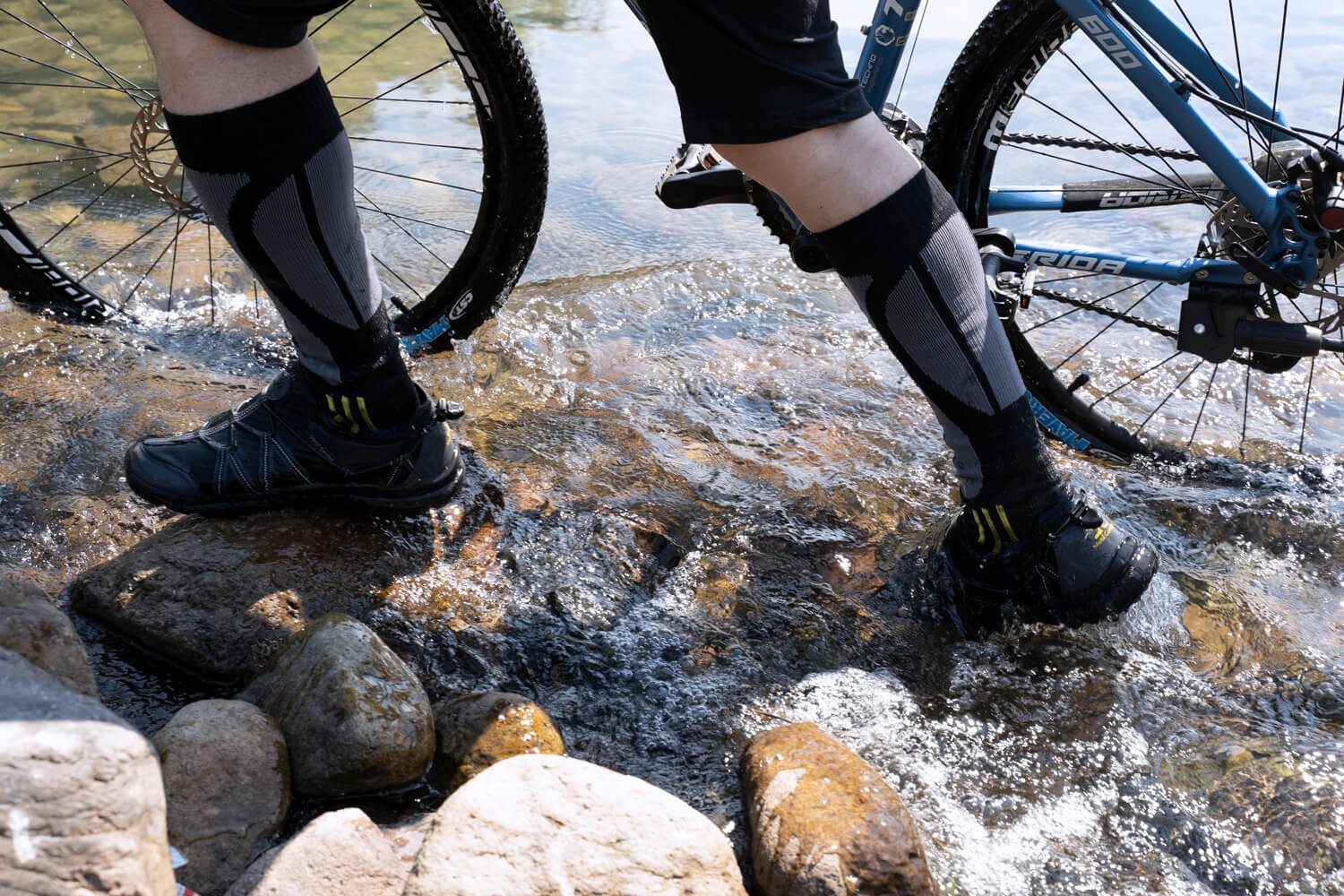 Knee high waterproof socks keep you feet dry all the day. Over the calf socks offer extra protection on your calf, especially ideal for snow and water sports.