Very quickly we ran to the local regional center Kangsar. There is also almost nothing working here, hotels and shops are closed. But everywhere there is a renovation and a huge stone chorten is being built in the middle of the village.

We stopped for a little rest in a small hotel on the outskirts. They found beer and I discovered a new taste for myself - if you drink beer and eat it with peas. Quite a pleasant combination. Below 4000 meters, rose hip bushes appeared again and I again threw fresh berries into a thermos. Still, with rose hips, water is tastier than just boiled water without anything.

After Kangsar, Marsiangdi (a river starting from the Tilicho glaciers) spills into many branches along a wide valley like Kali-Gandaki. The water in it is cloudy, brown in color.

From Kangsar to Manang you can walk in an hour and a half. Manang is an ancient town located at an altitude of 3500 meters, where many tourists usually stay, heading to Lake Tilicho or simply walking the route around Annapurna. There is both a "historical part" with traditional Nepalese houses and a "tourist part" with many hotels and restaurants. It was possible to stay both in a traditional house and in a hotel. It could be. Now there are no tourists here and almost everything is closed. The locals said that I was the first foreign tourist here in two years ... On the way to Manang and in Manang itself, you can see many beautiful peaks: Tilicho peak, Gangapurna peak, several Annapurna peaks and several more seven-thousanders. I hope that from the Kanga la pass (we will go there in a couple of days) we will be able to see Annapurna 1.

We stopped at a brand new hotel. There is Wi-Fi, quite a decent restaurant, shower-toilet in the room. But due to landslides at the beginning of the valley, there is no Internet access (they promise to restore soon), many products are not available (therefore, the real menu in the restaurant is much more boring than stated), the shower in the room is cold (but there is a warm one in the next house). There is cheese, but hard as a stone. It can be chopped on spaghetti like Parmesan, but it cannot be sliced into a sandwich.

Today Daria Andrianova and Phurba Sherpa have joined our small team. Daria is so far the only one who dared to join me on a small part of the route. We planned to walk along the Mustang together, but because of the lockdown, we had to replace the Mustang with the Naar Fu Valley. I remind you that you can join me on other sections of the route until the end of November. Nepal is gradually lifting restrictions and, most likely, the requirement for mandatory quarantine upon arrival in the country will also be canceled in the near future. 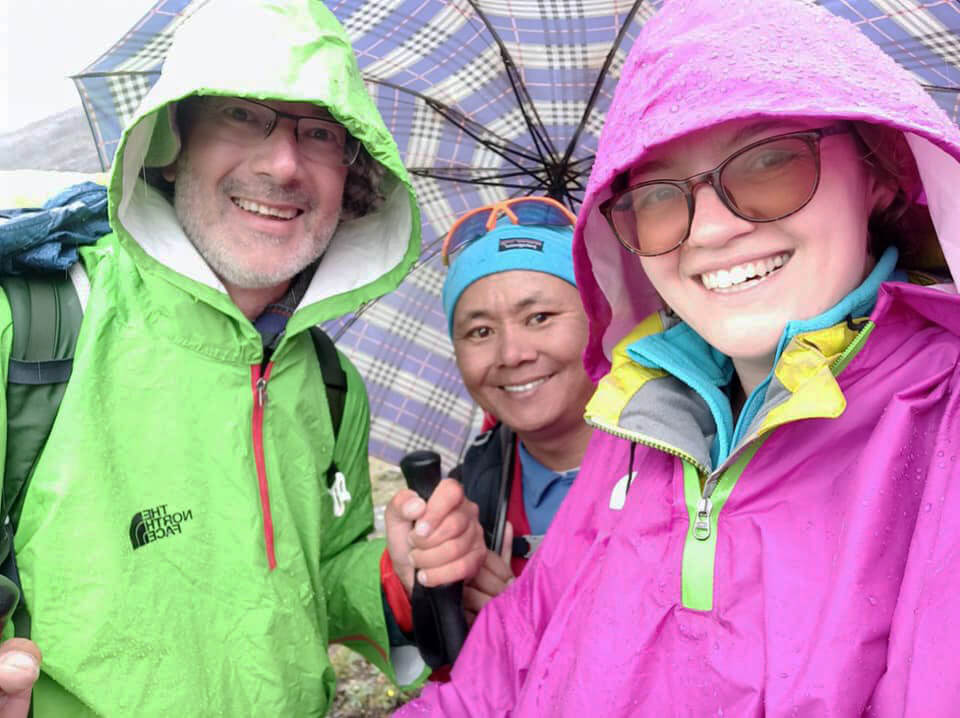 For acclimatization, we walked to Lake Gangapurna, which is fed from the Gangapurna glacier. The lake is very close to Manang. A sad sight - the glacier has greatly decreased in size and now there is almost no water in the lake.